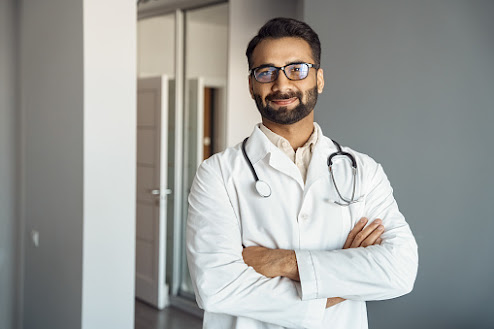 Director Nagraj Manjule, who has won National Award for films like 'Pistulya' and 'Sairat', has spent many years narrating the story of real-life 'Mahanayak' on screen. This story is about Vijay Barse, a retired sports teacher from Nagpur, who devoted his entire life to shaping the future of the downtrodden and poor children living in the slums.

The story of this 'Mahanayak' has been engraved on the screen by the megastar of cinema Amitabh Bachchan. For two years, Nagraj Munjle worked on this script, researched, and gathered information on the life of Vijay Barse to form 'Jhund'. This film not only inspires but also tells the bitter truth of society.

The story begins with the filthy streets of the slums, the youth immersed in drugs, snatching, and alcohol. One day when Vijay Borade (Amitabh Bachchan) saw the children of the slum playing football with the box in the ground, he understood their talent.

Initially, Vijay Borade persuaded the children to play by paying money and gradually he changed the lives of these children with education and love. The director has tried to show this real story, struggle, and hard work of Vijay in his film.

'It is strictly forbidden to climb the wall.' The emotion and reality of this line written on the wall of Sports College have been filmed with complete honesty. There are colleges on one side of the wall and slums on the other. This wall serves as many symbols in the film. Along with separating the two societies of India, it also tries to reconcile the evils under its guise.

The reality of Dalit families and youth living in slums is disturbing. These scenes bring the film to life. With this, the strong acting of Amitabh Bachchan breathes life into the film. While on one hand, it hurts to see the condition of the poor and downtrodden, on the other hand, this film also tickles the audience with laughter in between. If this film, which is more than two and a half hours long, had been shortened a bit, it would have proved more accurate.

The film leaves a light impact in the first half. In the second half, it picks up the pace and engages the audience while firmly raising the issue. There were a lot of expectations from this film, because of having a director like Nagraj Popatrao Manjule. The subject of this film is also tremendous but the director could not live up to the expectations of the audience this time.

Nagraj Manjule has handled the film's story, screenplay, dialogue, and direction, but due to weak dialogues, the film feels empty. In the climax of the film, Big B gives a speech with his strong voice and tremendous expressions, but due to lack of power in the dialogue, his hard work seems to be in vain.

The audience liked the fictional character and dialogues of Amitabh Bachchan's 'Vijay Dinanath Chauhan' very much. This time he is in the role of 'Vijay Barse', the real hero of the society. Big B is well known as a sports teacher and coach.

Apart from Amitabh Bachchan, the responsibility of this film was on his flock, which the children have played very brilliantly. This bunch is the lifeblood of this film. From Babu to Ankush (Don), all the boys breathed their lives into the role of slum children. At the same time, Vijay Barse's family has also been shown in the film but not much importance has been given.

The weak side of the film is its script. If the writing of this film had been tightened more, then this film could have proved to be above average. Just an attempt has been made to make the dialogue strong in the film. Heavy words have been put in but they don't seem to match. The cinematography of the film 'Sairat' has also been handled by Sudhakar Reddy Yakanti, who has made a great effort to improve it. The film has a few songs that do not leave much of an impression.

Why watch and why not

you can know the complete journey of Vijay Barse, the founder of NGO Slum Soccer, in a very good way in just two and a half hours. Knowledge-wise, this film will not disappoint you.
On the other hand, if you are a fan of Amitabh Bachchan, then do not miss this film at all, because it is one of his wonderfully played characters. The drawback in this film is that the filmmakers could not capture it on the screen with as much power as the subject was clubfactory.