The world's largest ancient Shivling, know the wonderful secrets of the incomplete Bhojeshwar temple of Bhojpur ...

The world's largest ancient Shivling, know the wonderful secrets of the incomplete Bhojeshwar temple of Bhojpur ... 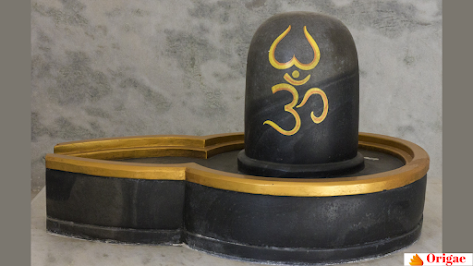 Man has always been curious to know the incomprehensible riddles and mysteries, seeing any incomplete story or incomplete construction, curiosity turns into attraction many times. One such mysterious and wonderful construction is in Bhojpur (Raisen district), 32 km from Bhopal, the capital of Madhya Pradesh.

There is a wonderful and huge, but incomplete Shiva temple on the hill of Bhojpur. It is famous as Bhojpur Shiv Mandir or Bhojeshwar Temple. This ancient Shiva temple was built by the famous Raja Bhoja (1010 AD-1055 AD) of the Parmar dynasty. The temple stands on a platform 115 feet (35 m) long, 82 feet (25 m) wide and 13 feet (4 m) high.

The biggest feature of this temple is the huge Shivling here, due to its unique and huge size, the Bhojeshwar temple is also called the Somnath of North India. Made of smooth red sandstone, this Shivling is made from a single stone and it is considered to be the largest ancient Shivling in the world.

The total height of the Shivling including the base is more than 40 feet (12 m). The length of the Shivling is 7.5 feet (2.3 m) in height and 5.8 feet (2 m) in diameter. This Shivling is installed on a 21.5 feet (6.6 m) wide square base (Jalhari). There are stairs in the west direction to enter the temple. There are idols of river goddesses Ganga and Yamuna on both sides of the doors of the sanctum.

Along with this, the idols of pairs of gods – Shiva-Parvati, Brahma-Saraswati, Ram-Sita, and Vishnu-Lakshmi are installed on the huge top pillar of the sanctum. Except for the front wall, there are no statues installed on all the other three walls. The idols of Yakshas are also installed on the outer wall of the temple.

Seeing this temple, it is understood that it is not just a temple, apart from its huge size, there are many features of this temple.

The size and type of its huge gateway are currently the largest among the entrances of any temple in India. Looking at the Shivling installed inside it, this shape of the entrance seems relevant. Another feature of this temple is its four pillars with a height of 40 feet. The unfinished roof of the sanctum sanctorum rests on these four pillars.

Also, the roof of the Bhojeshwar temple is domed. Some scholars consider it to be the first domed roof building in India. And this is strong proof that the practice of building domes in India was even before the advent of Islam. This temple was built before the arrival of Islam in India, so the incomplete dome-shaped roof above the sanctum sanctorum of this temple is direct evidence of the practice of dome or Shikhar construction in India.

College of Ancient Architecture and Architecture: The plan was to build other parts of the temple, mandapas, maha mandap, and Antares on the wide platform of the Bhojeshwar temple itself. This is evident from the maps related to the temple plan built on the stones near the temple. An amazing feature of this place is that the geology, pillars, shikhara, Kalash, and other drawings of the Bhojeshwar temple are engraved on the surface of the rocks like shorthand.

If you look around, it is known that there was a wonderful plan to build other parts of the temple, mandapas, maha mandapa, and gaps on the wide platform of the Bhojeshwar temple itself. The map and other details of the architectural plan of the temple construction have been engraved on the adjacent stones.

From which the maps related to the temple plan can be clearly seen. Seeing such a clear map and plan, it appears that this construction site was like a college for contemporary craftsmen, architects, and engineers.

There was a plan to build a large temple complex here, in which many other temples were also to be built. The architects believe that if this plan was successful, then this temple complex would have been one of the largest temple complexes in India.

The grandeur of this temple is made on sight and it is also surprising that how such heavy stones would have been transported to such a height? But there is a slope made just behind the temple, which was used to carry huge stones at the time of the temple under construction.

It is worth mentioning here that anywhere in the whole world such ancient grand construction techniques are no longer visible to transport the material to the top of the structure. In the Bhojeshwar temple, it can be seen as direct evidence of how huge stones weighing 70 tons were carried to the top of the temple.

The pattern of Ancient Science: The technique of manufacturing ancient Indian crafts and architecture was definitely different. It is noteworthy that the majestic King Bhoj of the Parmar dynasty had built this huge temple based on his famous book Samaranganasutradhar. Samarangansutradhar is a text related to Indian Vastu Shastra.

There are 83 chapters in this book, in which city planning, building crafts, temple crafts, sculptures, and instruments with postures. There is a description of machines (Chapter 31, named 'Mechanism') which also describes in detail the modern hydraulics principle for lifting heavy objects to heights.

Although the reasons for this are still unknown, historians speculate that this may have happened due to some natural disaster, lack of supply of resources, or the start of a war. Perhaps even after the death of Raja Bhoj, it seems logical to stop such construction.

Some scholar believes that the roof may have collapsed during the construction period itself due to mathematical architectural defects in the correct assessment of the full load. Then King Bhoj must have stopped the construction of the temple by not rebuilding it because of this defect.

Differences of opinion: Many scholars believe that the Bhojeshwar Shiva temple is a type of funeral monument. Such temples were called Swargarohana-Prasad. In these types of temples, instead of a single shikhara, stone slabs receding from each other are used. According to his estimate, King Bhoj might have built this temple for his late father Sindhuraj or Tau Vakpati Munj.

What do the legends say: Two stories are prevalent about the construction of this temple. According to the first legend, this Shiva temple was built by the Pandavas during their exile. Bhima used to offer flowers to this Shivling sitting on his knees. This temple was constructed in the Dwapar era by the Pandavas for the worship of Mother Kunti, this Shivling was constructed in a single night. As soon as morning came, the Pandavas disappeared and the temple remained incomplete.

Along with this, there is the Betwa river near this temple. Where the folk tales of Kunti leaving Karna are also prevalent.

According to another belief, this temple was built in the 11th century by the Parmar dynasty king Bhojdev of Central India. Raja Bhojdev was a very majestic and learned king. He is considered a great patron of art, architecture, and learning who also wrote more than 11 books.

Presently: This temple is under the protection of the Archaeological Survey of India as a historical monument. An archaeological museum dedicated to this temple has also been built near the temple. Every year Bhojpur festival is organized here by the state government on the occasion of Shivratri.