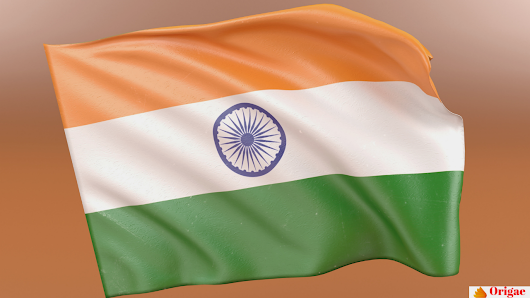 The Indian national flag is known by the name 'Tiranga', which means three colors. All three color planes are divided into equal parts. Saffron is at the top, white below it, and green at the bottom. The width and length of the tricolor are in the ratio 2:3. In the middle of the tricolor, there is a blue Ashoka Chakra on top of the white color, which has 24 stripes.

On August 15, India is going to celebrate the anniversary of independence. Various cultural programs will be held across the country on this day and the whole country will celebrate this day with the tricolor in hand. Since independence, the tricolor has been changed a total of 6 times. This is the sixth form of the current tricolor. Tricolor in India means Indian National Flag. In this article, we will know that when and when there were changes in the tricolor.

It is very interesting to know that our national flag has gone through various changes since its inception. It was discovered or recognized during our national struggle for independence. The evolution of the Indian national flag went through several phases to reach the form it is today. Some of the historical milestones in the development of our national flag are as follows:-

The first national flag was hoisted on 7 August 1906 at Parsi Bagan Chowk (Green Park) in Calcutta, now known as Kolkata. This flag was made up of horizontal stripes of red, yellow, and green.

The second flag was flown by Madame Cama in Paris and some of the exiled revolutionaries with her in 1907 (according to some in 1905). This too was similar to the first flag except that it had only one lotus on the top strip but seven stars representing the Saptarishi. This flag was also displayed at the Socialist Conference held in Berlin.

The third flag came in 1917 when our political struggle took a definite turn. Dr. Annie Besant and Lokmanya Tilak hoisted it during the Home Rule Movement. This flag had 5 red and 4 green horizontal stripes one after the other and seven stars on it in the orientation of the Big Dipper. On the left and upper sides (towards the pillars) was the Union Jack. There was also a white crescent moon and star in one corner.

During the session of the All India Congress Committee which was held in Bezwada (now Vijayawada) in 1921, a young man from Andhra Pradesh made a flag and gave it to Gandhiji. It was made of two colors. Red and Green color represents the two major communities i.e. Hindu and Muslim.

Gandhi suggested that it should have a white stripe to represent the rest of India's community and a moving spinning wheel to indicate the progress of the nation.

The year 1931 is memorable in the history of the flag. A resolution was passed to adopt the tricolor flag as our national flag. This flag, which is the ancestor of the present form, was saffron, white, and with Gandhi's spinning wheel in the middle.

On 22 July 1947, the Constituent Assembly adopted it as the free Indian national flag. Its colors and their importance remained after independence. Only the Dharma Chakra of Emperor Ashoka was shown in place of the spinning wheel in the flag. Thus the tricolor flag of the Congress Party eventually became the tricolor flag of independent India.

Colors of the National Flag: The upper strip of the national flag of India has a saffron color which shows the strength and courage of the country. The white stripe in the middle is a symbol of peace and truth along with the Dharma Chakra. The lower green bar represents the fertility, growth, and purity of the land.

Ashoka Chakra: This wheel of religion is called the wheel of law, which is taken from the Sarnath temple built by the Mauryan emperor Ashoka in the 3rd century BC. The meaning of displaying this cycle is that life is in motion and stopping means death.

Epilogue: The Indian National Flag represents the hopes and aspirations of the citizens of India. It is a symbol of our national pride. Over the past five decades, many civilians including members of the Armed Forces have laid down their lives to preserve the glory of the Tricolor.

This flag was conceived by Pingali Venkaiyananda. It was adopted in its present form during the meeting of the Constituent Assembly of India held on 22 July 1947, which was held on 15 August 1947, just a few days before India's independence from the British. It was adopted as the national flag of India between 15 August 1947 and 26 January 1950 and was subsequently adopted by the Republic of India

History of all national flags of India –

The history of the national flag of India is associated with the pre-independence period. The national flag appeared in front of the people for the first time around 1904-06. At that time it was built by Sister Nivedita, an Irish disciple of Swami Vivekananda. After some time this flag came to be called Sister Nivedita Dhwaja. The colors of this flag were yellow and red. In which red color was a symbol of freedom fight and yellow color was a symbol of victory. On this, 'Vonde Matoram' which means Vande Mataram was written in the Bengali language. A picture of Lord Indra's weapon Vajra and safe lotus was also made on it. The thunderbolt was a symbol of strength and the lotus was a symbol of purity.

After the creation of Sister Nivedita, in 1906, a new flag was created once again. It contained three colors, blue at the top, then yellow and red at the bottom. In this, 8 different types of stars were made in the blue stripe at the top. In the lower red stripe, there was a sun on one side and a half-moon and a star on the other side. Vande Mataram was written in the Pili belt in the Devanagari script.

In the same year, a slight change was made in this flag, it had only three colors, but those colors were changed. It had saffron, yellow and green colors, which was called the Calcutta flag. 8 half-bloomed lotuses were made on the top of it, hence it was also named the lotus flag. It was made by Sachindra Prasad Bose and Sukumar Mitra. This flag was hoisted on 7 August 1906 by Surendranath Banerjee at Parsi Bagan Square in Calcutta. At that time Bengal was partitioned, this demonstration was done in protest against that.

In 1916, a writer named Pingali Venkayya made a flag, in which his thinking of taking the whole country along was clearly visible. She also met Mahatma Gandhi and took his opinion. Gandhiji told him to add a spinning wheel to it. Pingali made the flag for the first time from Khadi cloth. In this, 2 colors were made from red and green and a spinning wheel was also made in the middle. Seeing this flag, Mahatma Gandhi rejected it, he said that red color is a symbol of Hindu, and green color is a symbol of the Muslim caste. The country does not seem to be united with this flag.

In 1917, Bal Gangadhar Tilak adopted the new flag as the national flag. The flag of the European country was also attached at the top of this flag, in the resting place, there were 5 red and 5 blue lines. These 7 stars, which are called Saptarishi, were made to show the religiosity of the Hindus. A crescent moon and a star were also made in it.

Mahatma Gandhi wanted the unity of the country to be clearly reflected in the national flag of India, due to which a flag was created. This flag also had 3 colors, white at the top then green at the last red. In this flag, the white color represented the minority of the country, green the Muslim caste, and red color the Hindu and Sikh caste. The spinning wheel was also added in the middle, which showed the unity of the entire caste. This flag was not adopted by the Congress party, but still, it remained a symbol of nationalism in the freedom struggle.

Some people were very angry with the communal interpretation of the flag. Keeping all these things in mind, the red color in the flag was changed to ocher. This color represents both Hindu Muslim caste. But after this, the people of the Sikh caste made a different demand to reveal their caste in the national flag. As a result, Pingali made a new flag, which had saffron at the top, then green at the end. It had a blue spinning wheel over a white one in the middle. It was passed in the Congress Party meeting in 1931, after which it became the official flag of the Congress.

When the country became independent in 1947, the country's first president and committee chief, Rajendra Prasad, called a meeting to talk about the national flag. There everyone unanimously agreed to take their flag from the Congress. It was adopted with a change in that flag made in 1931. Ashoka Chakra replaced the spinning wheel in the middle. In this way, the national flag of our country was prepared.

The Bureau of Indian Standards (BIS) set the standard for the manufacture of the flag. He set every little thing related to its construction, such as its cloth, thread, color, its proportion, everything according to the rule, even the things related to its hoisting were also written in the rule.

Some important things related to the national flag -