Benefits of Nap: You will also be unaware of the benefits of a nap in the afternoon. 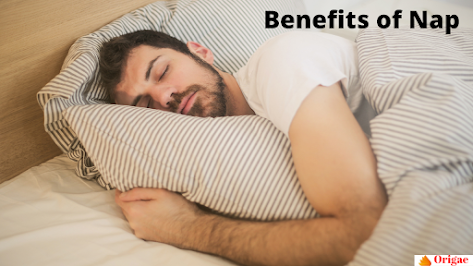 The image of Professor Sahasrabuddhe in the movie 3 Idiots comes to the fore on hearing the name of Afternoon Sleep. Actor Boman Irani played this role very well. Sahasrabuddhe used to take naps of only 7.5 minutes of sleep every day.

At the same time, in real life too, many people consider it very important to take a nap during the day. So many times people feel very relaxed even by taking a nap of just 5 to 10 minutes a day. Taking a nap of 1 to 2 hours is good for health. On the other hand, if many people wake up early in the morning, then sleeping for some time in the day is like a magic nap for them.

Sleep has a great effect on the brain. Let us know what are the benefits of taking a nap during the day -

By taking a nap of 1 hour of sleep during the day, the muscles of the body get rest. The mind gets relaxed.

Therefore, often after waking up from sleep, a person starts working more quickly. Often women wake up in the morning and do all the work and work till late at night.

By taking a nap during the day, the body gets a lot of rest. That is why she does not get tired even after working for a long time. Women often have a habit of sleeping during the day, although it feels very comfortable.

Even a 15-minute nap in a day makes children who work or go to school at 7 in the morning feel very relaxed. Children sleep even for 2 hours a day and that is beneficial for them too. Whereas the working people stay in the office during the day. But when you get time, you should definitely take a nap of 15 minutes. This increases alertness. And the work gets done even better.

Sometimes fine people become very irritable just because of not getting enough sleep. Mood swings start, ear remains up throughout the day, sluggishness persists. A person feels very relaxed even by sleeping during the day.

Some people have a habit of drinking tea during the day, in the same way, some people relax the nerves of the brain just by sleeping for 15 minutes a day and feel very relaxed The truth is also that people who sleep a lot His mind is sharp, he is efficient in taking quick and accurate decisions.

It is necessary to take a nap during the day, but only at the right time. Yes, according to experts, one should not sleep after 3 o'clock in the day. There is a wrong effect on the biological clock of the body. Because the right time to get full and sound sleep is at night. Often after sleeping at 3 o'clock you have to get up early. Also, the time from 1 am to 3 pm is very peaceful. At the same time after 3 o'clock, the noise starts. Therefore, the right time to take a nap in sleep is from 1 to 3 o'clock.