Puranas say 10, Vedas say 64, and Science says there are 4 dimensions.

Puranas say 10, Vedas say 64, and Science says there are 4 dimensions. 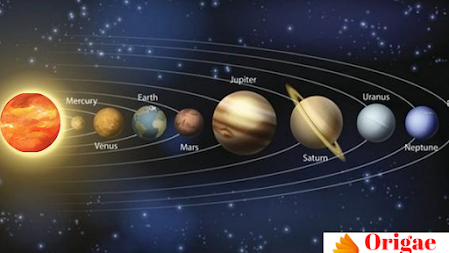 Puranas say 10, Vedas say 64, and Science says there are 4 dimensions in-universe that are true.

1. Scientists say that there can be 10 dimensions in the universe but broadly our universe is three-dimensional. The first dimension is up and down, the second is right and left, the third is forward and backward. This is what is called 3D.

2. There is also a fourth dimension which is called time. You can feel the time moving forward. We can't go back in this. Our entire universe is based on these four dimensions.

3. Basically the first dimension is a dot or zero, the second is back-and-forth, right-left, third up-down, the fourth time in which we are walking now. The rest of the dimension is the hypothesis that scientists have stated. There may be a fifth, sixth, seventh, or greater dimension in some other universe or the invisible universe.

2. The rule of the above dimensions is applicable only to Krita Trailokya and not to other worlds. According to Hindu scriptures, Bhuloka, Bhuvarloka, Swaloka reside in our three-dimensional creation only.

The fourth dimension is that of time.

3. The fifth dimension is called the Brahma dimension. Brahma resides in this dimension. Many types of universes originate from this dimension. The time here is different. As we have said that one day of Brahma is equal to one Kalpa. This space is outside the four dimensions.

5. In this, karnadakasayi i.e. Mahavishnu creates the elements, from which these 5 dimensions are created. This is called mahat and in whose stomach the whole universe is there and with each breath cycle the universe keeps on appearing and destroying.

6. Brahma is born from the second Garbhodakasayi Vishnu, who enters every universe and gives life to it, and from whose navel lotus Brahma was born. After that, the third is Ksirodakasayi Vishnu, who is merging in every element and atom of our creation, who in the form of God is present in the heart of every living being and every atom of the universe and maintains the creation.

7. When we meditate we feel Kasirodhakasya Vishnu. When we attain this knowledge, we come out of material illusion. This is how we feel God. One can feel these or this dimension when one is in the ultimate state of meditation.

8. After this comes the number of the seventh dimension which is called Satya dimension or Brahma Jyoti. Brahma is not the light of Brahma, just like the light of the sun. In this dimension is contained that elemental knowledge, with the help of which man goes into the category of deities.

9. After this there is the eighth dimension which is called Kailash. The physical form of Lord Shiva resides in this dimension. His task is to maintain the balance of these seven dimensions. That is why Siddha Yogis worship Lord Shiva because every Yogi wants to go there.

11. Its number comes from the 10th dimension, which is said to be infinite. We told you in the fourth point above that from infinity, greatness, and greatness, darkness has arisen from the darkness. This infinite Supreme Being is the Supreme Lord i.e. Paramatma, Ishvara, or Brahman. The whole world has originated from this Brahman and the whole world including Brahma, Vishnu, Shiva gets absorbed in this Brahman itself. It is pervasive everywhere even though it remains stable in the form of light in one place.

12. This is the eternal truth in which 64 types of dimensions are included according to the Vedas.