Girl's Day: Take a look at Them Because

Girl's Day: Take a look at Them Because 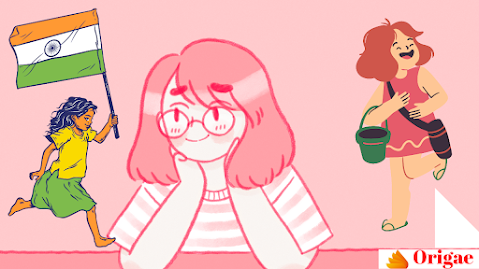 If we see the sex ratio in India, then it is very disappointing. According to the 2011 census, there are 940 males per 1000 males in India. These figures are the national average. If we look at places like Rajasthan and Haryana, then the situation here is very dire.

There has been a rapid increase in the number of men in India. Children's Day- Every year three to seven lakh female embryos are destroyed in India celebrating Girl Child Day. That's why the number of men here is 50 million more than women.

Why is Girl Child Day celebrated?

very unfortunate and a matter of great concern that the child sex ratio has been declining rapidly in the country since 1961. We are in the year 2019 and are about to complete the second decade of the 21st century, but we have not succeeded in changing the ideology. All sections of people in Indian society aspire to have sons and do not want them to have daughters.

Due to female feticide in our country, the ratio of girls has come down significantly. The sex ratio in the whole country is 940: 1000. India has the lowest female literacy rate in the continent of Asia.

In a government survey, 42 percent of girls reported that they drop out of school because their parents ask them to take care of the house and take care of their younger siblings.

Even today there are many houses in the society, where daughters are not being given good food and good education like sons. In India, 44.5 percent of married women aged 20 to 24 years are such, whose marriages have taken place before the age of 18 years.

Of these 20 to 24-year-old married women, 22 percent are women who have become mothers before the age of 18. 73 percent of children are born to these underage girls. 67 percent of these children are malnourished. And we are celebrating Girl Child Day.

The Origine Of brain.

Daughters are gone, take a look at them anyway...anyhow. Recite Hanuman Chalisa or Sundarkand, apply vermilion on Hanumanji's feet so that he protects Sita Maiyya's daughters, inflate alum and mustard, so that the hands and feet of the enemies who are ill on them, garlic, mustard, salt, Onion peels, and dry red chilies, some mustard seeds, seven nuggets of salt and seven whole red dry chilies, burn them in a copper vessel with water and fresh flowers or throw them in water so that all the flames will burn. , go away from these innocent people and live your life like a flowing stream, swinging to the music.

Or 'Om Ran Rahave Namah', chant this mantra of Rahu planet. The princess daughters of our country are suffering from Rahu, cut lemon into four pieces and throw it at a secluded place or at the crossroads so that they can choose the path, they too live according to their will. Of,

I do not ask to promote superstition. You yourself have a conscience. You can also consider it my satire on the situation, or even the faith of helplessness. Whatever is happening with them is not going to be solved by just celebrating the girl's day.

In spite of government programs, if we are not able to control the situation, then trust only faith, maybe some solution will come out of it...