Bollywood Brief: Aditya Roy Kapur begins shooting for the Hindi remake of the thriller 'Thadam', the first song of 'Hum Do Hamare Do' released

Bollywood Brief: Aditya Roy Kapur begins shooting for the Hindi remake of the thriller 'Thadam', the first song of 'Hum Do Hamare Do' released 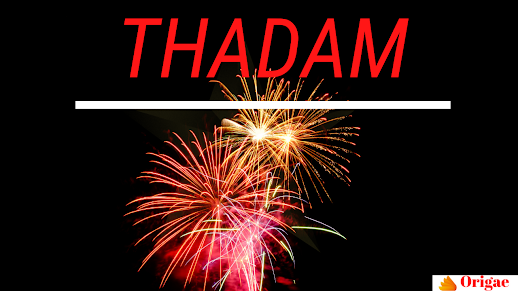 Aditya Roy Kapur has started shooting for his upcoming untitled film after a long time. His film is a Hindi remake of the Tamil hit 'Thadam'. Aditya Roy Kapur will be seen in a double role for the first time with a completely different avatar in this thriller genre film. Mrunal Thakur will play the role of a cop. Vardhan Ketkar will make his directorial debut with this film.

The film is being produced by Bhushan Kumar's T-Series and Murad Khetani's Cine 1 studio banner. T-Series took to its social media account to share a photo of Aditya Roy Kapur standing in the middle holding a clapboard in his hand, writing, "On this auspicious day of Dussehra, we are all set to begin the adventure of a lifetime!

Tamil hit The shooting of the Hindi remake of Thadam begins today. Mrunal is all set to play a cop in the Hindi remake, which revolves around two lookalikes, One of whom is the prime suspect in the murder case. Talking about his role in the film, he revealed, "When I heard the story, I immediately knew that I needed to be a part of this film. My character is interesting, and playing a cop is my wish list. I've always been there. It will be different from all my roles.

This Dussehra turns out to be a special day for versatile actor Hrithik Roshan as the actor has started shooting for his much-loved film Vikram Vedha. Has shared two photos of Sunrise from her social media account, in which she wrote that 'First day of new beginning' and 'Good luck' with red heart emoji. The film is a remake of a Tamil film released in 2017.

The news of the film going on floors was confirmed by the production banner Y Not Studios. The studio shared the post on its official social media handle and wrote, "The beginning has begun! Vikramveda". The film is directed by Gayatri-Pushkar duo and produced by Reliance Entertainment and Y Not Studios under Neeraj Pandey's film production banner, Friday Filmworks.

The film also stars Saif Ali Khan in an important role. Hrithik, who plays a gangster in the film, has worked perfectly on his looks, diction and body language.

was in news for her divorce with actress Samantha Naga Chaitanya to write and direct her new film, Shataruban . Now she is again making headlines as a new update has come in her professional life. The actress has signed a Tamil-Telugu film to be made in both languages. Shantaruban will make his directorial debut with the film and is being produced by SR Prabhu's Dream Warrior Pictures.

Making the official announcement of the film, SR Prabhu shared the post and wrote, "Happy to have Samantha Prabhu onboard for our next bilingual film!! This film is written and directed by Shataruban." Samantha was last seen in The Family Man 2, which is streaming on Amazon Prime Video.

Sai Dharam Tej has been discharged on 15 October after a month-long stay in a private hospital in Hyderabad. Megastar Chiranjeevi took to his social media account to wish Sai Dharam Tej on his birthday, sharing the happy news with everyone.

He shared a photo with Tej and wrote, "Another special feature of this Vijayadashami is that Tej is returning home after fully recovering from the accident, it is a miracle that has happened due to which he has recovered. It is a rebirth for him. No less! Happy Birthday Dear Teju Atha and Pedamama! Be Happy!"

Hamare Do First Song Released The first song of Kriti Sanon and Rajkummar Rao's film 'Hum Do Hamare Do', Bansuri is out. The actors have given information about this by sharing the song on their respective social media accounts. This peppy number, Bansuri has Punjabi lyrics and a beat that will make you hit the dance floor. In the video, Rajkumar and Kriti are seen showing their dancing skills.

This song is composed by Sachin-Jigar and sung by Sachin-Jigar with Asees Kaur, IP Singh, Dev Negi. The lyrics of the song are written by Shelley. The film is releasing on Disney+Hotstar on 29 October. Sharing the song on social media, Kriti Sanon wrote, "From baraat to club, now har jag jaygi bansuri. Out now!"

The trailer of Hum Do Hamari Do was released recently. It is shown in the trailer that Rajkummar Rao is madly in love with Kriti. However, she wants to marry someone who has a loving family and a dog. The prince then seeks out the fake parents to win her over. He meets Paresh Rawal and Ratna Pathak Shah, who have a history of their own. This is followed by a lot of confusion and laughter.