A new step in the field of advanced, clean and carbon free energy

A new step in the field of advanced, clean and carbon free energy 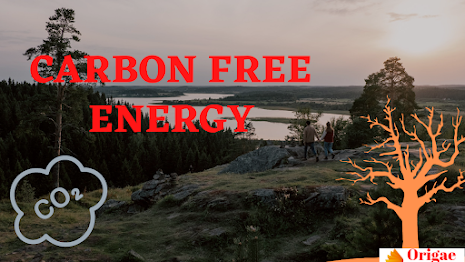 Spain's Nuclear Industry Forum has also developed this technology in collaboration with TerraPower, as well as several companies, universities and national laboratories involved in the project.

The project is part of Bill Gates's goal of fighting climate change and promoting renewable energy, which will provide the world with flexible, clean energy at a competitive price from this technology.

Is. Natrium technology is one of the fastest and lowest cost avenues in nuclear technologies that can change the world in the field of advanced and clean energy.

The US Department of Energy Says...

Natrium technology: According to TeraPower, this is a new technology for energy production and storage. It uses a rapid sodium reactor and liquid salt storage technology together and is capable of generating 345 MW of electricity.

This sodium cooled fast reactor has a higher level of readiness technology level than that used in any advanced non light water reactor and can be an increasingly effective technology for commercially used deorganization. It adopts Molton salt based storage technology and has also been widely proven in concentrated solar power industries in the world.

The Natrium technology reactor generates heat that is used immediately to generate electricity and is stored in thermal storages and can be converted to electricity whenever there is a demand from the grid or when renewable energy is not available.

This is the fastest and cleanest way to achieve the target of negative carbon foot print. This small reactor will provide power on demand and will reduce CO2 emissions and create hundreds of jobs.

Process: It is an advanced high temperature nuclear reactor in which natural uranium and low refined uranium (5-20%) will be used as fuel.

Apart from this, all non-nuclear equipment will be kept in separate buildings, which will make it easy to install and reduce the cost.

This reactor is connected to a very large tank filled with molten salt in which the energy is stored. In existing nuclear plants, water is heated to form steam, which spins turbines to produce electricity.

But in the Natrium plant system, the energy is transferred by all the plants to the tanks instead of heat and the devices that convert the heat into vapor and then it is connected to the electrical energy on the other side of the tank. As a result the reactor can be run as per demand 24 hours 7 days without interruption and operator can generate electricity as per customer demand from stored heat.

For the operation of this system, the generator, turbine and power generator are kept away from the reactor and the shelf components in them are manufactured according to commercial standards, which is less expensive than nuclear-grade equipment and is not hindered by faults in the Natrium grid or in the generators while existing reactors have to be off-line.

In addition, it will operate at higher temperatures than the current operating temperature. Proposal for the Natrium reactor came after years of work by TerraPower on the Traveling Wave Reactor and by GE Hitachi on Prism Research.

Success came after years of work. Natrium operates at a lower cost than current pressurized water reactors, and the low pressure makes construction much easier and less expensive.

(Thermal storage itself is the thermal battery)

Instead of connecting the reactor to the thermal storage system directly to the power generator, the reactor simplifies the total output to the grid. The reactor runs at a high speed even under different weather conditions and a large amount of less expensive energy storage system is charged. Electricity is used when there is plenty of wind and sun energy and in their absence.

Heat is the easiest and cheapest way to store energy and reactors are an excellent means of producing carbon-free heat.

The concept of thermal storage is not unique to Natrium partners. Dozens of engineers from around the world recently discussed this in a workshop on applications of thermal storage, in which the means of storage could be molten metal or salt or anything else, such as a simple rock or a pile of concrete.

It will consume four times less fuel than a light water reactor and use up to 80% less concrete per MW of nuclear grade.

[The Natrium plant and its storage technology can supply 500 MW of power continuously for five and a half hours, if required, which can supply electricity to 4.5 lakh homes.]

[This project has been patented and the plant has been built in the US state of Wyoming, which is the largest coal producing state in the US.]

TerraPower said the Natrium reactor and its integrated power system show that nuclear power has many potential and can be competed.

The plant is expected to be commissioned this year in 2021 and will be the first commercially advanced nuclear reactor based on technology.

Possibility of Life On Mars

The Origine Of brain.